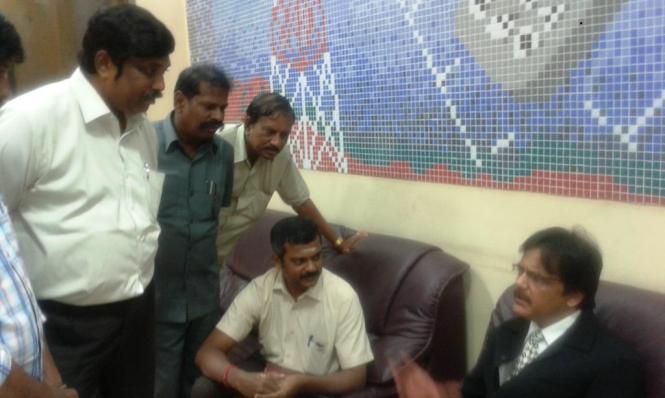 We requested the CMD to withdraw the MT recruitment notification (SRD) dated 05.11.2015 immediately, scrapping of the MT, DGM RRs and cancel the DGM(DR) Exam scheduled to be held on 13.12.2015 since it will drastically affect the  career progression of the young and talented executives of BSNL  and immediate  implementation of the recommendation of the committee headed by ED(NB) on CPSU Cadre Hierarchy in BSNL and standard E2 & E3 scales for JTO, SDE Equivalent executives.

We also informed about the agitation notice  served jointly by the AIBSNLEA & AIJETOA against the arbitrary notification of MT (SRD) recruitment and non-settlement of long pending HR issues even after the assurances given repeatedly in the formal/informal meetings. CMD replied that the Exam is to be conducted as per the Supreme Court directions obtained by 7 PH candidates .However he assured to look in to the matter and consider our demands favourably.